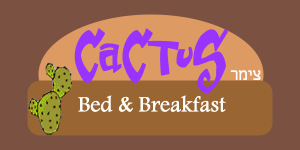 The “lost” city of Petra is located in southern Jordan about 200 kilometers north of Eilat. Though it is referred to several times in the Bible by the Hebrew term Sela’ (meaning ‘rock’), its original name in antiquity is still unknown to us. The Greek name Petra is simply a direct translation from the Hebrew word used in the Bible. Its Arab name, on the other hand, derives from the name of the river, which flows down the valley: the Wadi Mousa (River of Moses).The rock-carved city of Petra is full of mysterious charm. The approach through the cool gloom of the Siq, a long narrow gorge, provides a dramatic contrast with the magic to come. Suddenly the gorge opens into a natural square dominated by Petra’s most famous monument, “The Treasury” (Khasneh), whose carved facade glows in the dazzling sun.The sheer size of the city and the quality of beautifully carved facades is staggering and leads one to reflect on the creativity and industry of the Nabateans who made Petra their capital more than 2,000 years ago. From their capital at Petra the Nabateans had established a network of caravan routes which brought spices, incense, myrrh, gold, silver and precious stones from India and Arabia, to be traded onto the west.

A one-day regular tour to Petra departs daily from the B&B in Eilat.

Stunning in its natural beauty, Wadi Rum epitomizes the romance of the desert. With its “moonscape” of ancient valleys and towering sandstone mountains rising out of the sand, Wadi Rum is also home to several Bedouin tribes who live in scattered camps throughout the area. Wadi Rum is probably best known because of its connection with the enigmatic British officer T.E. Lawrence, who was based here during the Great Arab Revolt of 1917-18. Much of David Lean’s Lawrence of Arabia was filmed in Wadi Rum.Located in southern Jordan about 60 kilometers north of Eilat, Wadi Rum offers several options for exploring.